When women take on new nail art, we want to feel empowered and bold, so why wouldn’t you sport Wonder Woman on your nails if you can? Wonder Woman, the popular production of DC Comics, is a fictional character who first appeared in American comic books in 1941. Her super strength, speed, and endurance combine to make her one badass superhero. Can you tell we’re thankful writer William Moulton Marston created her character?

Wonder Woman is known as Princess Diana of Themyscria, Daughter of Hippolyta. She jointly founded the Justice League with other superheroes and was featured in her first solo movie in 2022. Wonder Woman is bestowed with superhuman power. You may not have super powers but you can surely have Wonder Woman nails on your nails.

If you are a comics lover and a fan of Wonder Woman then what are you waiting for? Aside from getting a professional nail tech to draw on your nails, you can use nail decals or stickers in the colors and patterns of the costume of Wonder Woman to create some fantastic nail art. Other things such as her boomerang tiara, indestructible bracelets, sword, and shield can also be painted on the nails.

Here are some easy Wonder Woman designs to adorn your nails.

If you prefer a more oval shaped nail, try this shiny Wonder Woman nail art.  Instead of gold, a muted yellow accents the red and blue artistic details.

Looking for another way to rock Wonder Woman nails without the comic book details? Simple red, gold, and blue stripes are a beautiful design and easy to do on your own.

These long rounded nails are perfect for your delicate fingers. The rich, glittery Wonder Woman colors stand out even more with a shiny top coat to protect them.

You don’t need stickers on every nail to get this Wonder Woman design. Just her face and the Wonder Woman letters are enough to make your nails pop. 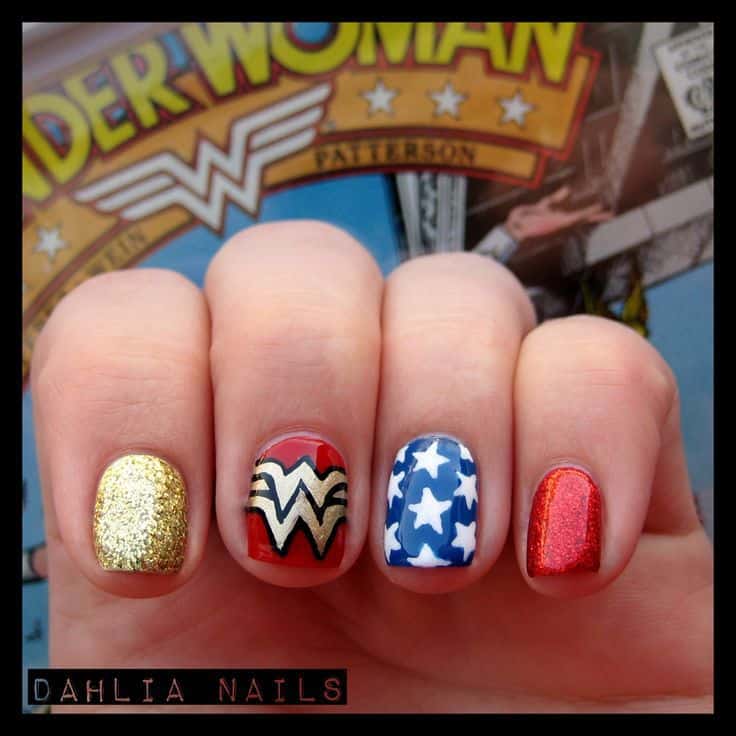 A superheroine is, of course, a superstar. You can draw the stars and Wonder Woman logo for having Wonder Woman nails. The golden glitters and red glitters add the extra glam to these designs. 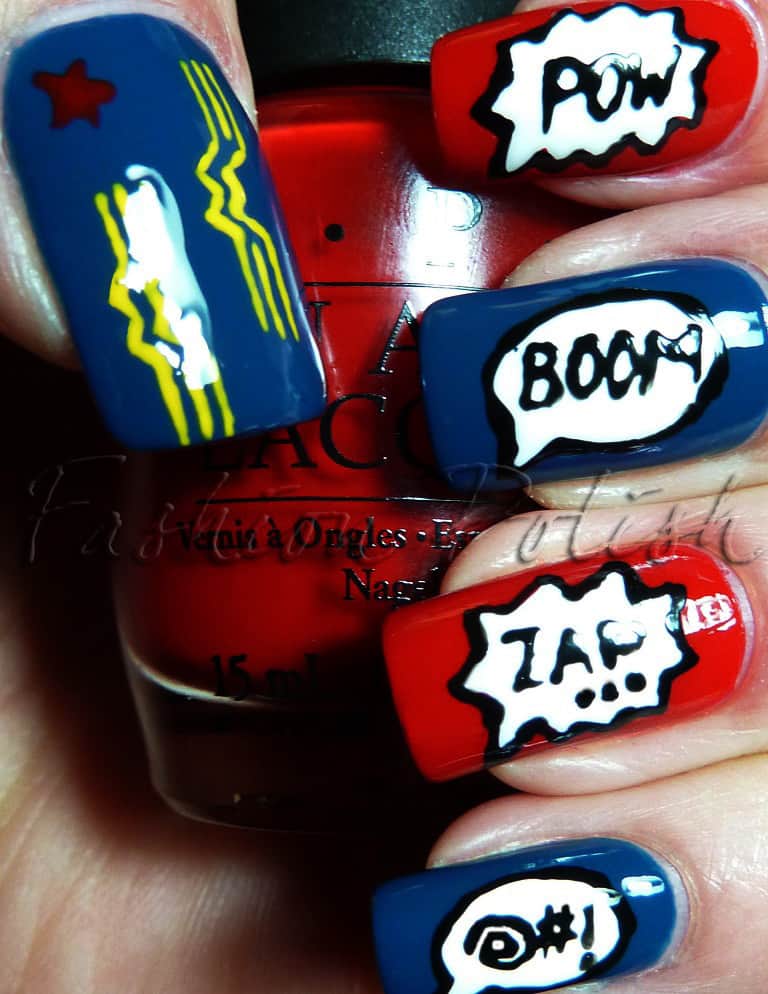 As you can’t make us hear the sounds of her actions in nail designs, you can write it to help us visualize. A glimpse of the heroics of the Wonder Woman is painted on these Wonder Woman nails. 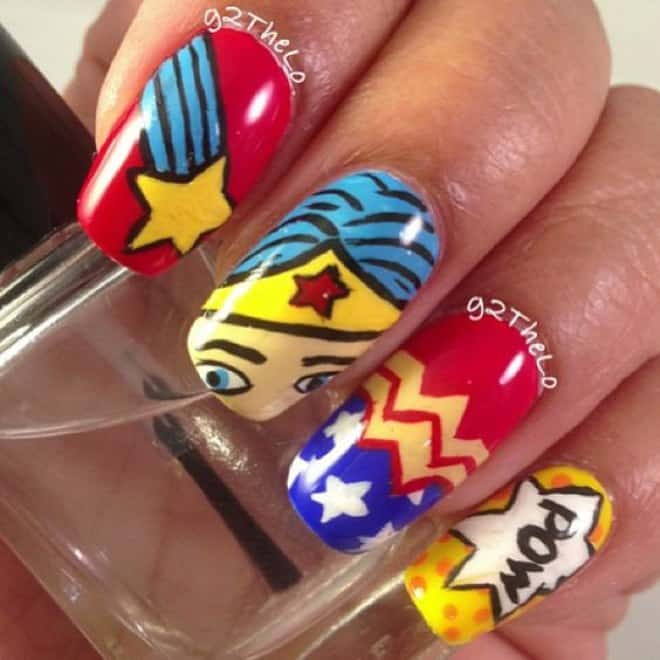 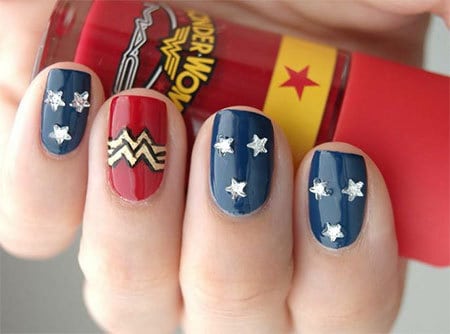 This is one of the easiest Wonder Woman nails you could ever have. Attach some stars to your navy blue nails and draw the golden logo of Wonder woman on red base to have this design. 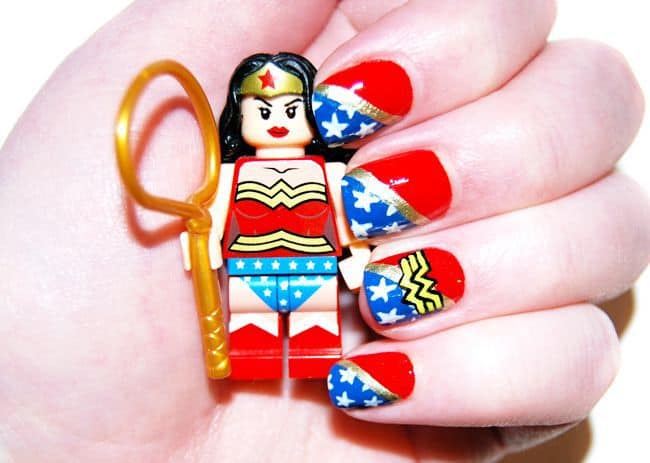 If you like it brighter and shiner, this is the right fit for you. Use neon red color to focus on the red hotness of the Wonder Woman. You can draw the identical star patterns and Wonder Woman Logo to complete the design. 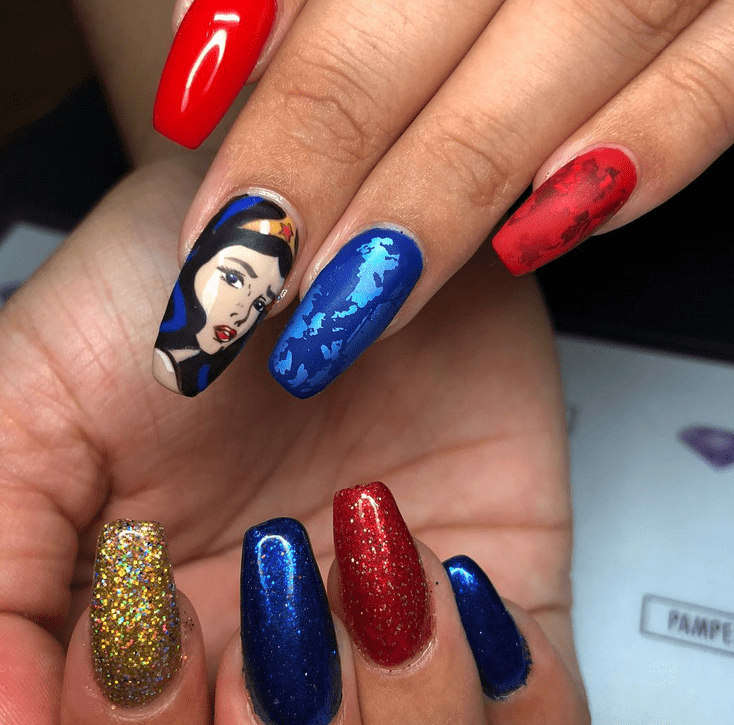 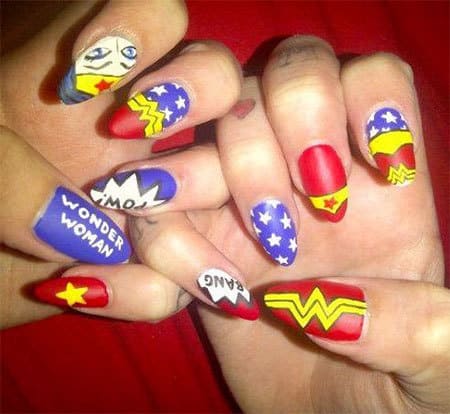 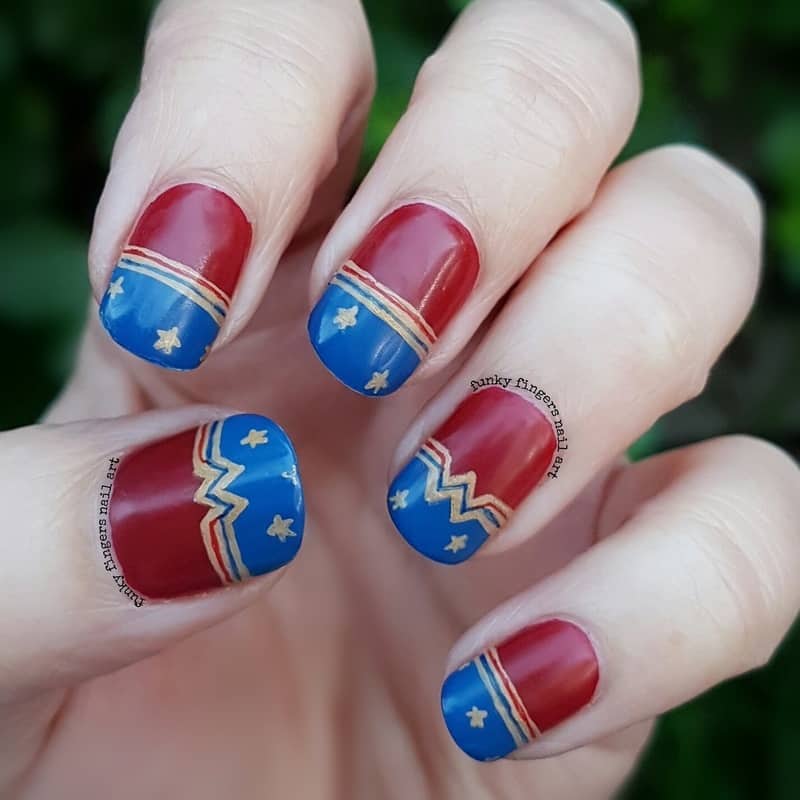 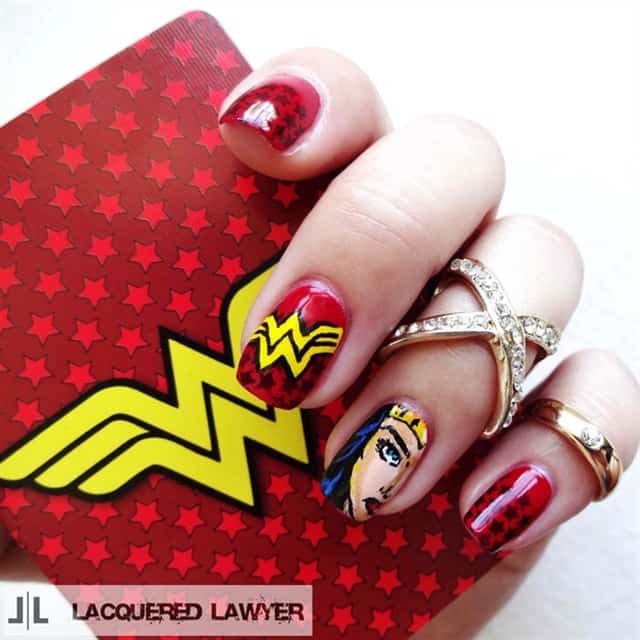 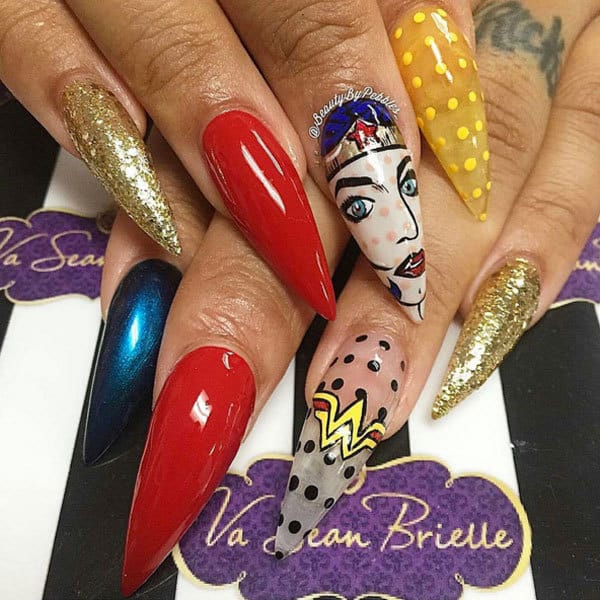 Stiletto nails are bold and expressive. Painting the image of Wonder Woman will increase the boldness more. These red and golden nails add the extra shine to the nails which they deserve. The Wonder Woman logo will complement the whole set of Wonder Woman nails.

Comics character somehow has a large space in the fashion industry. Wonder Woman is the only dominating super heroine in the comics world. We have brought the best Wonder Woman Nais in a single place for your convenience. Hope you’ll be benefitted by our nail designs.

Zinia is an SEO specialist born and raised in Bangladesh. She is passionate about digital marketing and loves to work with fashion-related niches like nails, hairstyles etc. She spends her free time reading books and watching TV series. 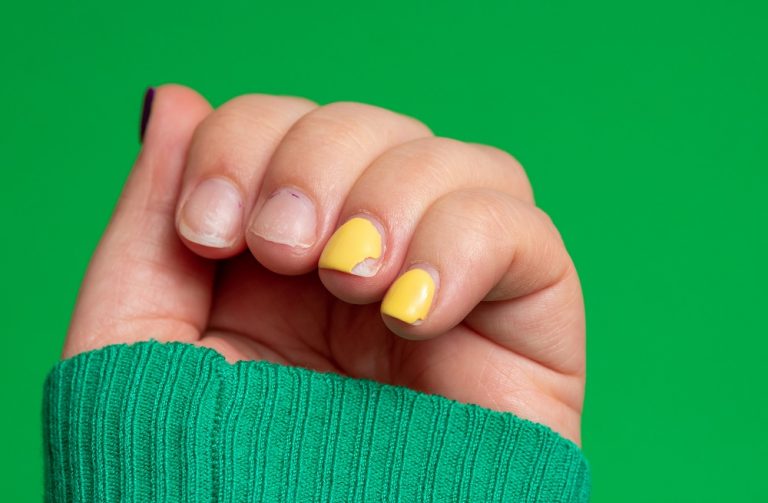 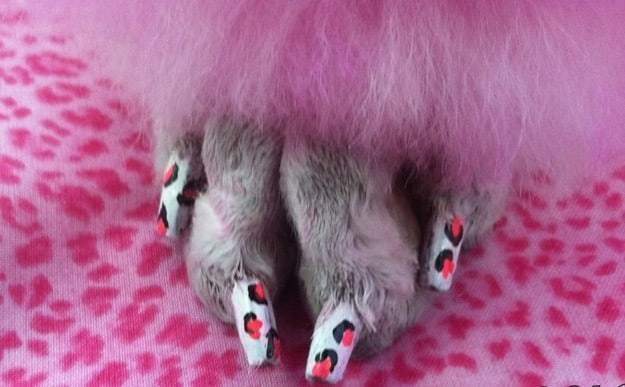 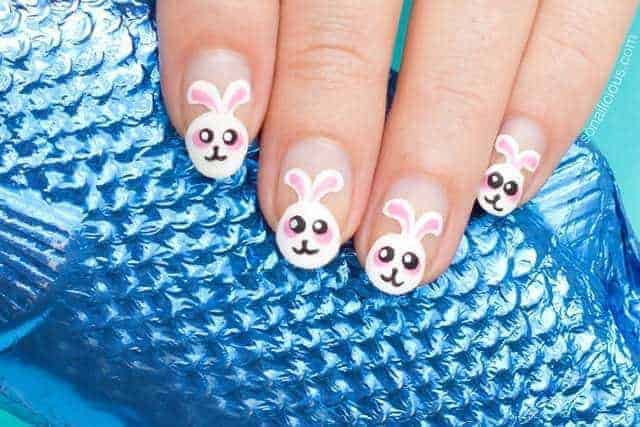 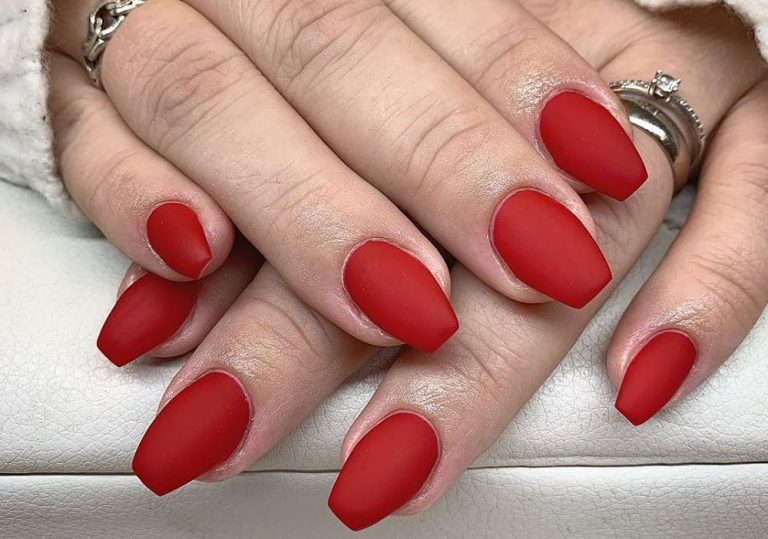 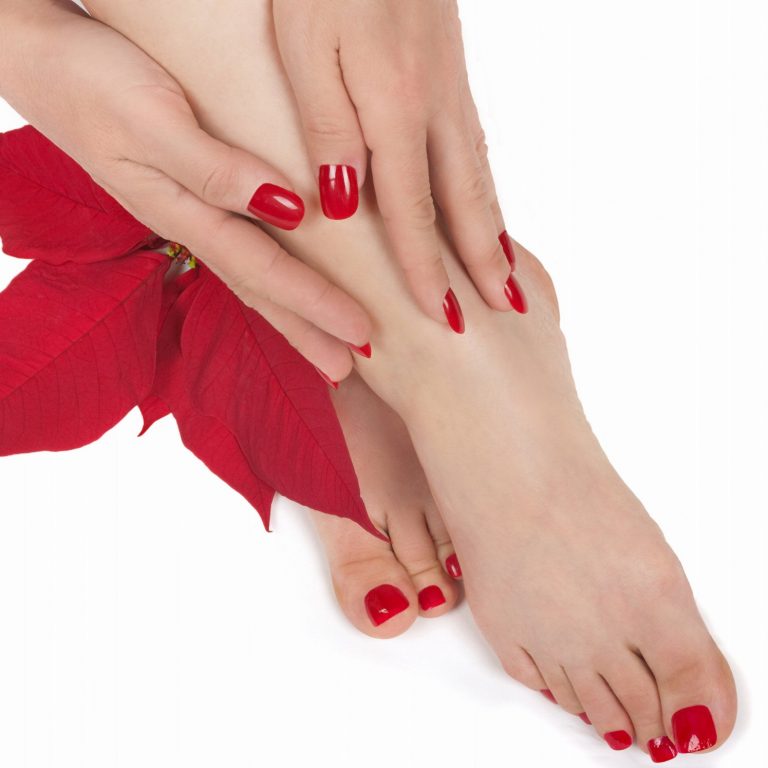 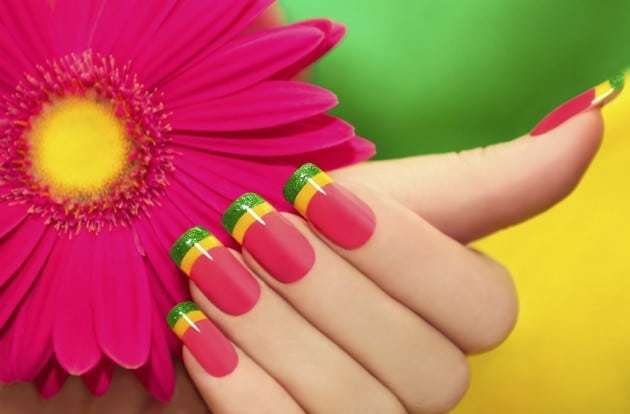